Before digging into the controversy surrounding net energy metering (“NEM” or “net metering”), let’s quickly review the basics of how it works. NEM allows a utility customer to offset his/her electrical bill by the amount of electricity produced from his/her solar panels. Residential customers buy electricity at the retail rate (as opposed to wholesale) and are credited that same retail rate when exporting electricity back to the grid. 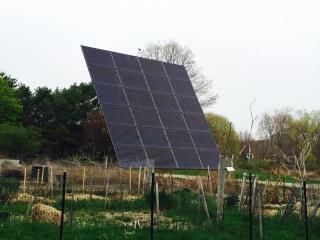 Net metering has become a contentious issue nationally, as the number of solar installations has skyrocketed. Utilities and other critics are questioning the fairness of NEM incentives, claiming that NEM policies disadvantage low-income utility customers who cannot afford to purchase solar. The crux of the issue is that NEM customers receive the benefits of being connected to the grid (i.e. reliability), but do not pay a proportionate share of the costs associated with maintaining the grid.

Proponents of net metering, on the other hand, point out that distributed solar is an important tool for reducing carbon emissions and improving grid performance. Along with a federal income tax credit (ITC), net metering policies provide a valuable incentive for solar. Charging solar customers additional fees, proponents argue, would decrease the economic return of solar to a point where homeowners might forgo the investment altogether.

Although debates on net metering policies are playing out across America, all eyes are on California. As the state with the most installed solar capacity, California’s handling of NEM will influence how other states deal with the issue. California has been wrangling with its NEM policies since 2013 when the legislature passed AB 327. This law required the Public Utilities Commission (PUC) to devise a net metering framework that promotes “sustainable” solar growth, encourages solar development in disadvantaged communities, and fully accounts for the costs and benefits of solar on a community level.

On Tuesday, the California PUC published a preliminary decision outlining a new net metering framework for California. After soliciting proposals from numerous stakeholders, both for and against, the PUC decided to preserve the bulk of its NEM program. The new regime will continue to pay NEM customers the retail rate for electricity exported to the grid, but imposes some new charges as follows:

Interconnection Fee: Estimated to be between $75-$150, this fee reimburses the utility for services provided solely to NEM customers — namely ensuring solar arrays are safely connected to the grid. Previously, this cost was  borne by both NEM customers and non-NEM customers.

Non-Bypassable Charges: A charge of two to three cents ($0.02 - $0.03) will be applied to the number of kilowatt-hours consumed by an NEM customer. These charges will help cover transmission costs and fund public programs, such as nuclear decommissioning. Under the old program, non-bypassable charges were applied only to an NEM customer’s net consumption, not total total consumption. Applying non-bypassable charges to a customer’s total consumption will, on average, increase an NEM customer’s bill by roughly $5 per month. In the end, though, this fee will prevent low-income customers from paying an unfair share of grid maintenance costs.

Time of Use Rates: All utility customers who bring their solar arrays “online” after 2018 will be paid a variable rate for energy produced by their panels. The price will be dependent upon the time when the electricity is exported to the grid. Time of use rates are part of a larger rate redesign underway in California, which is supposed to create an economic incentive for customers to limit consumption during peak hours. The corollary of this incentive is that solar customers who add clean energy to the grid during hours of peak demand ought to be paid a higher rate.

Although economic fairness was a key component of AB 327, financial support for disadvantaged communities is not specifically provided for in the PUC’s preliminary decision. Instead, low-income customers are supported the Multifamily Affordable Housing Solar Roofs program and by the extension of the state's virtual net metering program.

At the end of the day, California’s reaffirmation of net metering bodes well for the solar industry. The PUC managed to preserve a meaningful incentive for solar utility customers while ensuring low-income customers are not saddled with an unfair share of the costs. By establishing incentives and programs designed to promote solar development in disadvantaged communities, California has begun to distribute the costs and benefits of solar in an equitable manner. Should this framework prove successful, it is likely to be implemented in other states grappling with net metering.