How the Sequester will Impact the Home Energy Efficiency Industry 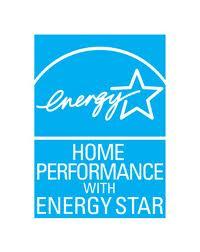 There has been considerable speculation about how the mandatory budget cuts, known as the sequester, will impact key government functions beginning March 1, 2013.  Primary concern has focused on large-ticket items such as national defense, education, and transportation.  But what about the Home Performance Industry?  The White House has made broad claims that the sequester will hurt the Renewable Energy Industry, but details regarding home energy efficiency, in particular, have been sparse.

The hardest-hit agencies in the energy efficiency sector will be the Department of Energy (DOE) and the Environmental Protection Agency (EPA).  Under the Budget Control Act of 2011, such non-exempt federal departments, such as the DOE and EPA, are required to trim roughly 8.2% from their budgets during FY2013.  Lacking the authority to prioritize particular goals, the budget cuts will apply evenly across the DOE and EPA’s programs and projects alike.  The following is a summary of the anticipated cuts and their impact.

Less Focus on Scientific Innovation: Both the DOE and the EPA fund significant grants for scientific research in energy efficiency, solar energy, battery storage, and other critical areas of the Renewable Energy Industry.  In addition to reducing available grants, both organizations will have to downsize research labs and operations.

The DOE is expected to reduce contributions to state programs providing weatherization services to low-income families.  Department experts project that the budget cuts will lead to 1,000 fewer homes being retrofitted during FY2013.  Another significant result is that up to 1,200 weatherization professionals could lose their jobs, according to the DOE.

Both the DOE and EPA fund state programs providing incentives for home energy retrofits.  In his recent letter to the Senate Appropriations Committee, Steven Chu, Secretary of Energy, contended that the sequester could threaten the ongoing viability of state retrofit programs and training centers.  Details on the impact to state programs, however, were not provided.

The EPA predicts the budget cuts will hinder its ability to maintain its Energy Star product specifications.  Currently covering more than 65 categories of goods and appliances, the EPA will no longer be able to label as many products, which could lead to slow downs in energy-efficient electronics, appliances and home heating and cooling systems.

The EPA estimates it will have to terminate partnerships with several “energy-intensive industrial sectors” and will not be able to publish as many Energy Efficiency Guides.

The EPA created a software tool called “Portfolio Manager,” which enables users to track energy and water usage across a portfolio of buildings.  EPA officials are concerned the cuts may jeopardize planned software upgrades as well as its ability to provide ongoing support for its users, which include several major cities, states, and the federal government.

In conclusion, the EPA and DOE are scrambling to determine the exact impact of the budget sequester scheduled to take place this Friday.  Originally intended to pressure Congress into enacting comprehensive budget reform, the sequester poses harsh consequences to many industries, including Home Performance.  Lacking the ability to prioritize certain projects, such as Home Performance with Energy Star, the DOE and EPA need to trim spending across the board.  The impact of some cuts are fairly obvious, like decreased support for Portfolio Manager, whereas others will take quite some time to shake out.

One thing seems fairly clear, though: The Home Performance Industry needs to take steps to reduce its reliance on federal and state programs beginning immediately.  The introduction of cheap natural gas, coupled with sensationalized stories of waste, has placed the industry on the back burner.  Political support for large subsidies and incentives seems very unlikely moving forward.  So, from this position, we must pull ourselves up by the bootstraps and begin to market the many benefits of Home Performance: comfort, sustainability, monthly savings, indoor air quality, and more.  These benefits more than justify the cost of a home energy retrofit, so it’s our job to begin spreading the word of home energy efficiency through collaborative marketing tactics.