Should I wait to buy solar?

We’ve seen the price of solar panels plummet by nearly 80% over the past few years.  Now if you’re a homeowner, you’re probably wondering if you should wait for the price to go down even further, assuming, of course, you want to purchase your equipment outright instead of entering into a solar lease or power purchase agreement.  The following are four factors that may lead to an increase in the price of solar panels over the next few years.  But, keep in mind that solar panels represent only about 20-30% of the solar system, with the rest of the cost represented by the "balance of the system" -- inverters, controls, rack mounts, monitoring devices, etc.

Beyond providing direct subsidies, Chinese banks also over-invested in solar manufacturing at the encouragement of Beijing.   This lead to overcapacity, which further drove down the price of solar panels. Now these manufacturers are having difficulty repaying their debts, and it’s anticipated that a majority of them will go bankrupt, further decreasing the supply of Chinese panels.

Reason 2: The Price of Polysilicon may Stabilize

Polysilicon--a material used to make solar wafers--has dropped dramatically over the past few years, due, in large part, to oversupply. Some experts expect polysilicon prices to stabilize in the coming months, so long as manufacturers can limit production.  On the other hand, though, tariffs against Chinese-made panels could also restrict demand for polysilicon, which would lead to an even further decline in the price of polysilicon.  Thus, this factor is a bit uncertain but worth monitoring.

The Solar Investment Tax Credit (ITC) is set to expire at the end of 2016.  This incentive provides a credit equal to 30% of the cost of the solar installation.  The cap on the credit is $500 per .5 kW of power capacity, which on average is roughly $6,000 per residential project.  Sure, this credit is going to be around for another 3 years, and may be extended by Congress, but it’s not going to be around forever.  So, if you're thinking of adding a solar panel array to your home, make sure you do it before this credit expires. 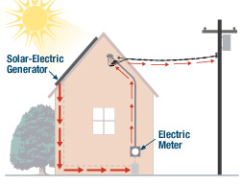 Net metering is becoming an increasingly contentious issue among utilities. This important policy requires utilities to credit a consumer’s account for excess electricity that the consumer puts back onto the grid from his/her renewable energy system.  For example, if you install photovoltaic (PV) panels on your home, and you produce more energy than you consume at a given time, you can “sell” that excess power back to the grid.

Several states are nearing the regulatory limit as to the number of PV systems that qualify for net metering.  Utilities are fiercely fighting efforts to extend the number of qualifying systems, arguing that the cost of net metering is simply being passed along to customers who cannot afford to purchase solar.  Should utilities prevail, you might not be afforded the opportunity to net the solar energy you produce against your electric bill.  Consequently, this change in policy would lengthen the period it takes for you to payoff your solar array, making it a less attractive investment.