Solar Contracting Just for Electricians? Carroll v. Board of State Examiners of Electricians 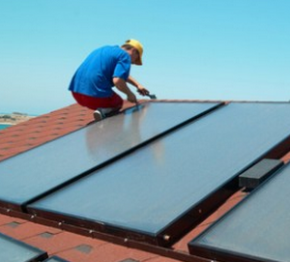 A recent Massachusetts Superior Court case raised an interesting question with regard to solar installations: Should electricians be the only trade licensed to install rooftop photovoltaic systems? Although the resolution of this case hinged on a straightforward statutory interpretation, it got me thinking about who ought to install solar and what tasks should properly be considered “solar installation”? In the interest of safety and consumer protection, what special skills are required? Is one trade better suited than the rest? First, though, let’s take a look at the summary judgment decision.

Carroll v. Board of State Examiners of Electricians

The conflict began in 2009 when the Massachusetts Board of State Examiners of Electricians (BSEE) issued an advisory ruling essentially stating that an electrician’s license was required for all aspects of installing PV systems. In support of its position, the BSEE cited General Laws c. 141, §1, which requires an electrician's license to install wires to be used to carry electricity during the power generation process.  Thereafter, the BSEE began investigating claims and initiating charges against general contractors who advertised and contracted for installing rooftop PV solar arrays.

In response to the investigations and charges, six general contractors filed suit seeking a declaratory judgement that the BSEE didn’t have authority to require an electrician’s license for all aspects of the solar install process.  The plaintiffs cited the second paragraph of GL c. 141, §1a, which exempts a general contractor when s/he uses a licensed subcontractor for all “electrical” work. Seems simple enough, right?

Granting summary judgement in favor of the plaintiffs, the court held that the BSEE lacked jurisdiction to grant electricians a monopoly over the installation of PV systems.  The court reasoned that since both parties stipulated that licensed electricians must be used for hardwiring PV systems, general contractors qualified for the statutory exception.  The court further reasoned that by including an exception in GL c. 141, §1, the Massachusetts Legislature never intended to grant broad power to the BSEE to regulate non-electrical tasks, even when the overall project may be deemed “electrical” in nature.

Although the court stopped short of identifying those tasks requiring an electrician’s license, it did suggest that a license is required when a person “connects wires” for the generation of electricity using his or her “own hands.” Next session, though, the Massachusetts Legislature will consider creating a solar contractor’s license that would cover all aspects of the installation process, thereby superseding the Carroll decision.

Power Grab by the BSEE?

After reading the summary judgment opinion, I can’t help but feel that the BSEE unfairly tried to create a monopoly for electricians by excluding general contractors and solar contractors.  GL c. 141, §1 seems quite clear that a contractor does not run afoul of the law when s/he uses a licensed subcontractor to perform “electrical” work, which, in this case, would be hard wiring the panels, inverters, etc.  This basic exception makes good sense, as it promotes safety but also recognizes that general contractors can play a valuable role in helping homeowners address energy usage and conservation.

With regard to safety, it makes no sense to require an electrician’s license for tasks that don’t involve electricity, such as evaluating a roof to determine whether it’s structurally sound enough for solar panels.  In this instance, homeowners ought to be protected by requiring engineering expertise instead.

Beyond misguided safety considerations, the BSEE’s position ignores the important role a general contractor should play in addressing home energy consumption.  It’s critical that someone knowledgeable of building systems lead homeowners through the maze of energy-related decisions: Do I address energy efficiency before renewable energy?  What approach is the most cost-effective?  What about sustainability, comfort, or durability?  Available financing options and payback periods?

Next session, the Massachusetts Legislature will consider enacting a law that would establish a solar contractor's license, rather than indirectly relying on licensing requirements for general contractors and electricians.  It will be interesting to see what tasks the Legislature places within the bailiwick of solar contractors versus those tasks it leaves available to other trades, such as builders and electricians.  In other words, what tasks are uniquely “solar” and require special training?

At one end of the spectrum, it’s probably too far of a stretch to say that energy auditing is “solar” work, although it’s an important first step.  But what about sizing a PV system, evaluating shading or consulting on available rebates?  Share your thoughts in the comments below as to those jobs you think should require a solar contractor’s license, if any.